There was a gapers’ block in financial markets last week as equity investors slowed to see what the United States Treasury bond market was up to.

U.S. Treasury bonds rallied last week. Yields on 10-year Treasuries dropped from 1.43 percent at the start of the week to 1.27 percent on Thursday. The rally was quite a surprise, reported Randall W. Forsyth of Barron’s. “After all, the economy has been booming, accompanied by rising inflation – exactly the opposite of what would be conducive to lower [bond] yields and higher [bond] prices.”

As 10-year Treasury yields reached the lowest level since February, stock investors took time to consider what might have caused yields to retreat. Lower yields often suggest slower growth ahead. There may be potential for global growth to slow if:

A new wave of COVID-19 swamps the global recovery. Twenty-four U.S. states saw the number of COVID-19 cases move higher by 10 percent or more last week, reported Aya Elamroussi of CNN. The Delta variant of the virus accounts for more than one-half of all new cases. Last week, the global death toll reached 4 million and Japan, host of the 2020 Olympic games, declared a state of emergency.

China’s banking system is in trouble. There was another surprise last week. “…China’s central bank announced a half a percentage point cut to banks’ reserve ratio requirements, potentially increasing the profitability of their loans but also stirring concerns about the health of their balance sheets following a debt-fueled property boom,” reported Naomi Rovnick, Thomas Hale, and Francesca Friday of Financial Times.

U.S. economic growth falters as monetary and fiscal stimulus recede. “…the bond market is now adjusting to the prospect of more moderate growth in the second half, with reduced fiscal largess and no $1,400 or $600 stimulus checks. And it’s looking ahead to the eventual prospect of the Federal Reserve throttling back its securities purchases, which currently pump $120 billion a month into the financial system,” reported Barron’s.

S&P 500, Dow Jones Global ex-US, Gold, Bloomberg Commodity Index returns exclude reinvested dividends (gold does not pay a dividend) and the three-, five-, and 10-year returns are annualized; and the 10-year Treasury Note is simply the yield at the close of the day on each of the historical time periods. Sources: Yahoo! Finance; MarketWatch; djindexes.com; Federal Reserve Bank of St. Louis; London Bullion Market Association. Past performance is no guarantee of future results. Indices are unmanaged and cannot be invested into directly. N/A means not applicable.

When was the Euro 2020 tournament played? If you’re a soccer fan, you know the answer is last month. The tournament took place in 2021, although the name was not changed because the tournament was intended to celebrate the 60th anniversary of the European Football Championship, which occurred in 2020, reported Joe Sommerlad of The Independent. Also, the merchandise had already been produced with a 2020 logo.

The tournament final (England vs. Italy) had yet to be played when this was written, but it’s never too early for tournament trivia. See what you know about Euro 2020 by taking this brief quiz.

1.      There were more ‘own goals’ in Euro 2020 than in all other European championships combined. How many were there before the final match?

2.      What is the nickname of the Italian national team?

3.      How many major tournaments had the English national team, nicknamed The Three Lions, won before the Euro 2020 final?

4.      Euro 2020 prize money was about 10 percent higher than Euro 2016 prize money. Every team that participated in the tournament earned about £8 million (about $11 million). How much did the team that lifted the winning trophy earn?

The Economist explained the importance of European football like this, “On a continent where the facets of nationhood are disappearing, be they banal (customs arrangements), the everyday (currency) or the emotive (borders), football is a way of clinging on.”

Weekly Focus – Think About It

“A champion is someone who does not settle for that day’s practice, that day’s competition, that day’s performance. They are always striving to be better. They don’t live in the past.”

“A champion is someone who does not settle for that day’s practice, that day’s competition, that day’s performance. They are always striving to be better. They don’t live in the past.”

We’d Love to Help You With Your Financial Plan 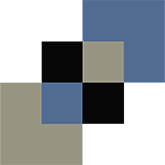